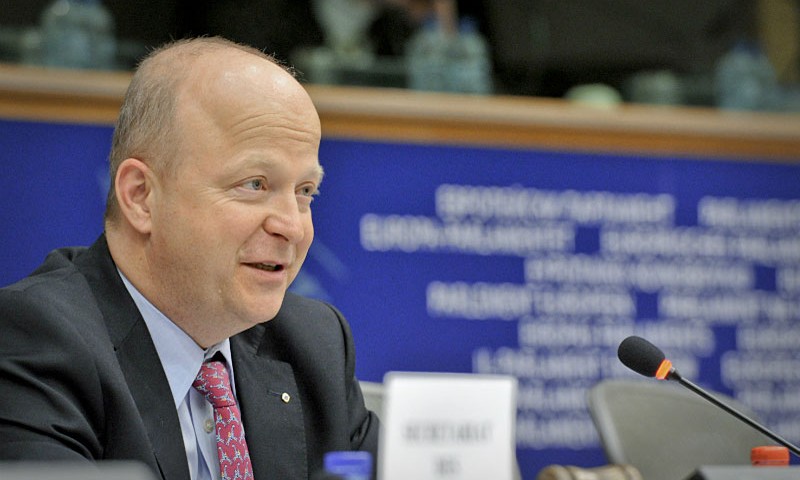 ALDE MEP Michael Theurer presented this evening the draft report of the Tax Rulings and Other Measures Similiar in Nature of Effect (TAXE) committee in Strasbourg. The text regrets that some member states have not fulfilled their obligation to exchange tax information and calls on the Commission to put in place a common set of criteria to identify tax havens and appropriate sanctions for countries cooperating with them.  The report proposes also establishing an EU legislative framework for the effective protection of whistleblowers and asks the Commission to foster a more coordinated approach vis-à-vis developed countries in order to promote greater reciprocity in tax matters.

Speaking after the presentation, Michael Theurer, ALDE co-rapporteur, said: „This report is a milestone on the way to fair tax competition. Our investigation shows that Member States did not comply with rules on information exchange. What we need is a legal framework ensuring fair tax competition in Europe in line with the principles of the social market economy, as well as  a common set of criteria to identify tax havens and appropriate sanctions for countries cooperating with them. The disadvantages especially for SMEs must be ended“.

„From the ALDE Group, we are calling for a level playing field, transparency and information exchange. We need a fair tax competition by simplifying overcomplex tax laws and thereby closing loopholes. Moreover, we are demanding better legal protection for whistle blowers“.

„I would also like to express my gratefulness to journalists and whistleblowers who have brought the secret tax deals to the fore that this report is investigating. Their work has been crucial to uncover secret tax deals„.

On behalf of the ALDE Group, Michael Theurer, had requested the setting up of the TAXE committee in November, when the ALDE ECON Team called for the establishment of a temporary committee to investigate the issue of tax avoidance and tax evasion within the European Union. Although the committee’s mandate was limited to a six month period, it was extended until November.